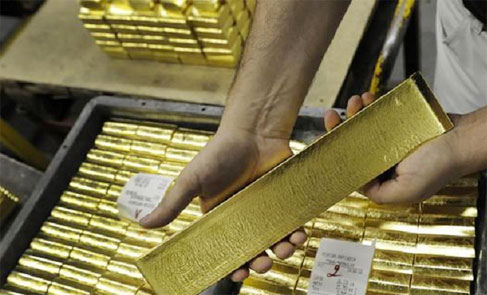 Sudan is boosting its production of gold and other minerals to tap new sources for foreign currency after losing three-quarters of its oil output when South Sudan became independent in July last year. Oil used to contribute more than 50 percent of state revenues.

The government hopes a new refinery in the capital Khartoum will produce gold to international standards and help reduce the amount of ore smuggled overseas to places such as Dubai. Producers would receive more money for the higher quality gold, reducing the incentive to smuggle.

The refinery has a gold production capacity of 900 kilograms per day or 270 tonnes annually, SUNA said. The refinery also produces silver for which the agency gave no figure.

Sudan expects to produce 50 tonnes of gold worth $2.5 billion this year, after $1.5 billion last year, its mining minister told an Arab mining conference on Tuesday .

He also said that Sudan wanted to start cooperating with neighbouring countries to offer them refine their gold in the Khartoum refinery due to its large capacities.

Eritrea, where industry experts say traders also smuggle gold out of the country to major gold markets, wanted to work together with Sudan in the area of refining, SUNA said on Thursday, without giving details.

Though Sudan has great mining potential, it is hard to verify overall production figures because unofficial gold seekers account for a large part of the gold industry.